Lost Ark: what is the maximum level, and how to quickly reach it?

To reach the top level of the Lost Ark, you need to set aside some time. There is also a difference between character level and account level. We provide you with all the information.

Everyone who creates a character in Lost Ark is sure to ask himself: Where is the level limit? After all, the leveling up phase in an MMO is usually a real time-waster, and spending an hour or two after work usually won't get you very far.

Not so in Lost Ark. Here, you have to get to the endgame as quickly as possible to go through challenging content together with other players. In addition, your level is divided into character level and account level. What this means is explained in this FAQ.

Related: LOST ARK: THE COMPLETE GUIDE TO FAQS FOR BASIC AND ALL!

Where is the current level limit? When Lost Ark releases in its final version in the West on February 11, 2022, it will also stop at level 55. Of course, over time, this limit will be increased as new content is included in the game.

How long should I play to reach the maximum level? Of course, it is difficult to give an exact number of hours due to the individual style of play. While some are running through the level, others like to look at every stone and leaf and forget about time. However, it is possible to define an average value: New players should expect 15-20 hours of play to reach the maximum level. But it can be done faster: the current record is less than ten hours.

When can I take part in PvP battles? Those afraid that they will not be able to participate in PvP battles until they reach the highest level can breathe a sigh of relief. This used to be the case in Lost Ark, but now the developers have responded to player feedback and unlocked PvP already from level 27. All additional information about it (can be found here).

Why do I have to upgrade multiple characters? The concept of so-called adults in MMOs is well known and is also recommended in Lost Ark. This is because the number of alternate characters you can play with allows you to unlock the end game content that is behind the time gate faster. This includes certain quests that can only be completed once per character per day and instances/raids that require you to wait a few days after completion before completing them again.

Leveling up multiple characters allows you to bypass such time limits. In addition, your account level will also increase faster. Just read on What?

What is the difference between account level and character level? There are two different levels in Lost Ark that matter to you:

Character Level: Simply put, this is known information about the level of your actively played character. The higher their level, the stronger they are and the better skills they can use. Level 50 unlocks a range of endgame materials.

Account Level: This value grows slower and increases as you level up all of your characters. Therefore, it is recommended to play with several characters as mentioned above. Leveling up your account unlocks account-wide bonuses, such as increasing your characters' vitality or crystal chests that give you more valuable Lost Ark currency. 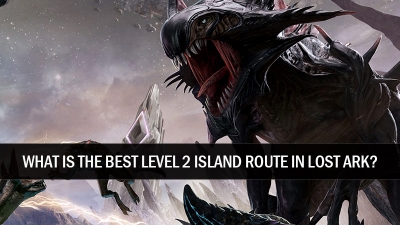 What is the best level 2 island route in Lost Ark?

After reaching level 50, Lost Ark players enter into an uphill battle, gradually upgrading and honing equipment to advance vertically and create more substantial characters constantly. This routine takes both their time and patience, as item levels are often the main entry barrier separating them from accurate game content. 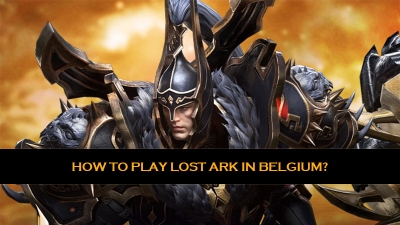 How to play Lost Ark in Belgium?

It is forbidden for some living in Belgium to play Lost Ark. The Lost Ark car is not distributed in Belgium and the Netherlands. Steam and Amazon forbid it! You can use a VPN, but be careful. Because of the rules, all in-game purchases are possible but completely random.